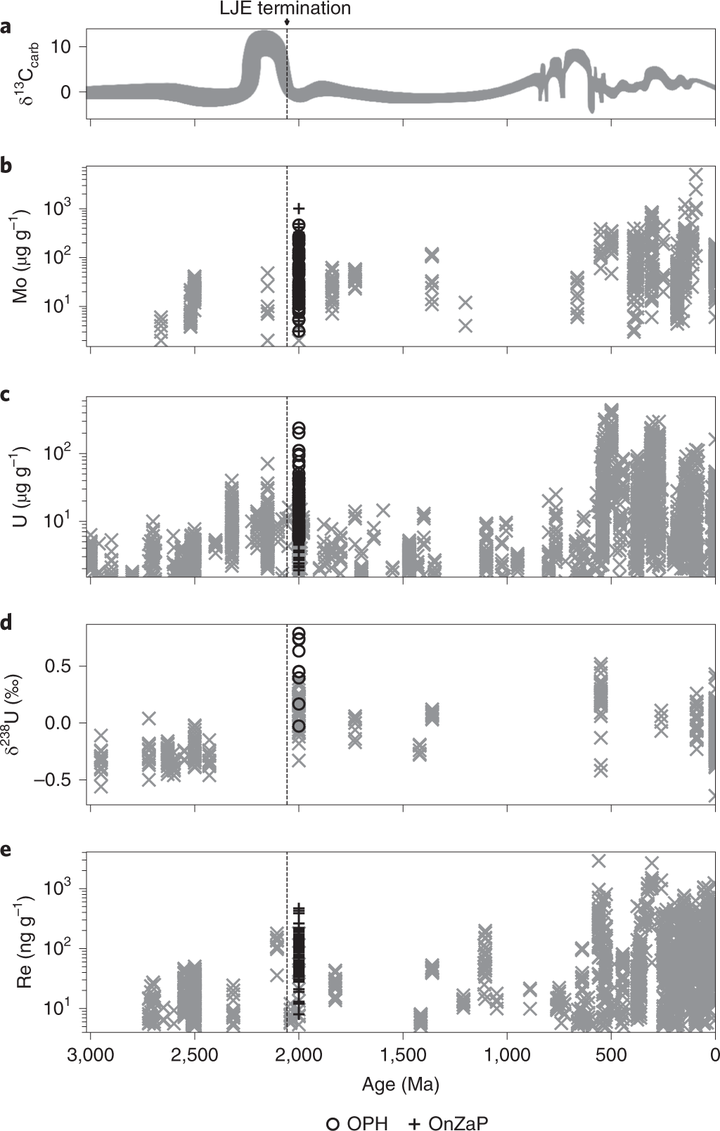 The approximately 2,220–2,060 million years old Lomagundi–Jatuli Event was the longest positive carbon isotope excursion in Earth history and is traditionally interpreted to reflect an increased organic carbon burial and a transient rise in atmospheric O2. However, it is widely held that O2 levels collapsed for more than a billion years after this. Here we show that black shales postdating the Lomagundi–Jatuli Event from the approximately 2,000 million years old Zaonega Formation contain the highest redox-sensitive trace metal concentrations reported in sediments deposited before the Neoproterozoic (maximum concentrations of Mo = 1,009 μg g−1, U = 238 μg g−1 and Re = 516 ng g−1). This unit also contains the most positive Precambrian shale U isotope values measured to date (maximum 238U/235U ratio of 0.79‰), which provides novel evidence that there was a transition to modern-like biogeochemical cycling during the Palaeoproterozoic. Although these records do not preclude a return to anoxia during the Palaeoproterozoic, they uniquely suggest that the oceans remained well-oxygenated millions of years after the termination of the Lomagundi–Jatuli Event.