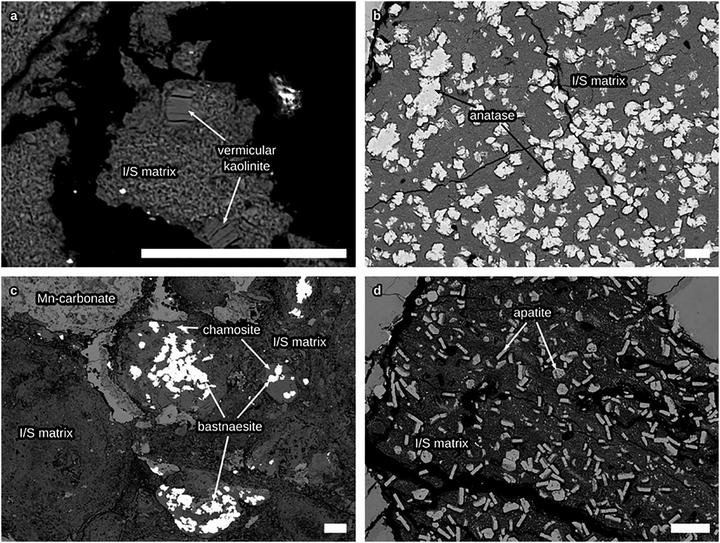 The onset of the Middle Permian Emeishan Large Igneous Province (ELIP), is commonly implicated in the Guadalupian mass extinction, one of the largest Phanerozoic extinction events, yet the contribution of the ELIP to this biotic event remains unresolved because of a lack of appropriate age constraints. In this study, we examined claystone beds overlying the cherty limestone of the Maokou Formation and underlying the flood basalts of the ELIP that were emplaced around the Guadalupian-Lopingian Boundary. Integrated petrographic, mineralogical, elemental, and isotopic features indicate that the studied claystones contain significant components from mafic volcanic ash that was likely associated with the emplacement of the ELIP. Zircons from the claystones yield UPb ages of ~ 262.5~Ma, which predates the subaerial eruptive phase of the ELIP (259.1–260.4~Ma), but is comparable to the J. altudaensis conodont biostratigraphic zone (~ 263~Ma, Middle Capitanian Stage) which is contemporaneous with the emplacement of early-stage Emeishan subaqueous pillow basalts and mafic volcaniclastics. Our data provide a crucial new constraint on the lower age limit for the onset of the ELIP, which was likely associated with violent submarine eruptions and thus could have contributed to the loss of marine fauna during the Guadalupian mass extinction.